The “Divest in Fossil” movement is gaining momentum 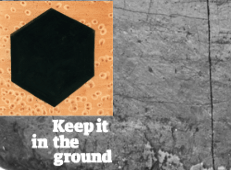 The Guardian Media Group (GMG) is the latest and the largest example of the growing “Divest in Fossil” movement. GMG decided that its 800 million GBP fund will move out of coal, oil and gas investments (http://bit.ly/1IYiCWp). Earlier in March the city of Oslo as first capital in the world announced that it will divest from fossil sources (http://bit.ly/1AE5Cym). In the US Harvard University law students are in law fight with the University to divest about 80 million USD it now has invested in fossil fuel companies. The Divest Harvard campaign recently got, among others, Archbishop Desmond Tutu on board.

Are you aware of similar campaigns and action? Please share.