2019 is a disruptive year in Dutch new car sales

Sales of electric vehicle shake up the Dutch passenger car market. 2019 sees for the first time in new car sales the bestselling model electric rather than a combustion engine. A popular website in the Netherlands for passenger car information – Autoweek.nl – keeps record of the best selling passenger car brands and models from 1983 onwards. 2019 proved to be a disruptive year in two different ways. First, all best selling models since 1983 were European (mostly German and some years French). However in 2019 American Tesla took the pole position with nearly 30 thousand registrations of its Model 3. Tesla also reached the highest sales number in 2 decades (in 2000 Opel Astra hit nearly 32 thousand registration). The German car brand Opel was dominant for decades, from 1983 to 2000 (with models like Kadett and Astra), after which a period followed with alternating French and German dominancy. This century most of the top selling cars where business lease models, like Volkswagen Golf, Peugeot 308, Renault Megane and, now, Tesla Model 3.

The second disruption in new car sales is the enormous success of the market introduction of battery electric vehicles. That success, in turn, is based on how the fiscal support scheme for low-carbon vehicles is enrolling. 2019 was the last year of a very beneficiary support level, which will be sobered in 2020. The scheduled sobering of this support scheme in 2020 caused a run on electric vehicles in the last months of 2019. In total 62 thousand battery electric passenger cars were registered in 2019, of which 23 thousand in December. The month by month sales of all passenger cars is presented below. And nearly 50% of all battery electric vehicles sold were Tesla Model 3s.

Analysis of car sales in 2019 in the Netherlands

2019 showed, with a total of 450 thousand cars sold, a stabilisation of total passenger car sales, compared to 2018. New registrations of battery electric vehicles have grown substantially, from 25 thousand in 2018 to 62 thousand in 2019. As a result, the Netherlands is now one year ahead of reaching its target of 10% electric new car registrations (either battery or plug in).

The 2019 sales show a significant different profile compared to previous years. Never before was the top selling model (Tesla Model 3) that expensive, with a basic sales price of just under 50 thousand euro. In 2018 was Volkswagen Polo the most registered model (13,6 thousand, with a base-sales price of € 17 thousand). Most cars were then bought at base sales prices lower than € 20-22.5 thousand.[1]

2019 saw more EV models coming on the market as compared to 2018 (see the 2018 analysis here) [2]. In 2018 the models with highest sales volumes on average were lower costs cars. In that year, all battery electric models were on the higher end of the sales price curve. In 2018 EV models were sold around basic sales prices of 30 thousand euro and higher and as such appeared on the ‘expensive’ half of the graph when ranking the sales numbers of all new cars sold on basis of the base sales price.

In 2018, three models stood out of the ‘cloud’: Tesla Model S, Tesla Model X and Jaguar I-pace, with respectively 5.5, 3 and 3.5 thousand sales. Their ‘base sales price’ is above € 80 thousand and would normally predict much lower sales volumes. However, the 2018 fiscal support scheme enabled private use of these battery electric business cars at very low costs, compared to ICE alternatives, making these types of vehicles reachable for many business car drivers.

The graph shows all EVs sold in green. Also highlighted are the top 10 ICE vehicles (in sales volumes). The non-highlighted area in the graph covers all other ICE vehicles. Furthermore, about 40% of the total of 30 thousand sold Model 3s were sold in December 2019, just in time to benefit from the profitable fiscal support regime for business lease cars.

In 2020 and the next years the fiscal support scheme for battery electric cars will gradually be further sobered. By 2026 the support system will no longer benefit the business lease EV driver. The purchase behaviour of business lease car drivers is largely influenced by financial considerations. At the moment the fiscal support scheme enables drivers to buy a more expensive BEV and still operate them at very low costs compared to ICEVs. The challenge for car manufacturers is to soon bring down the sales price ánd to make battery electric cars available to the smaller sized passenger car segments to achieve also substantial shares in these markets. That implies that in the coming years the purchase price gaps between EVs and ICEVs with similar functionalities needs to further narrow down for EVs to become the option of choice.

With 2 million EVs in 2030, three quarters of passenger cars will still run on fuels

The Dutch Climate Agreement has set a target of 2 million EVs in the car fleet by 2030. Since electric drive trains are much more energy efficient than combustion engine, these vehicles will contribute to avoiding fossil carbon emissions in mobility. In order to reach this total share of 2 million EVs, monthly sales volumes of EV should average around 14 thousand EV’s in the next decennium. The graph below[3] shows 2 million EVs entering the fleet in the next decennium [4]. Notwithstanding this considerable number of EVs in new car sales, three quarters of the passenger cars will still be running on liquid (mainly) and gaseous fuels.

[1] No information is available about the exact sales price of the new registered cars. This depends of all optional accessoires added to a model. In this analysis the lowest cost price at which a model is available is taken as reference point for the model – the so-called base sales price.

[2] Click for the 2018 analysis here – in Dutch only, but graphs are self-explanatory. For the analysis of the 2018 car sales only models with more than 100 registrations were taken into account).

[3] The development of the vehicle fleet from 2000 to 2019 is based on information from Netherlands Statistics (CBS). From 2019 onwards it is assumed that the total vehicle park remains stable, in which electric vehicles partially replace combustion engine vehicles

[4] The graph visualizes the growth of EVs in the passenger car fleet. Obviously also in the light duty segment the share of electric vehicles will grow. However, that is part of the 2 million  EVs target.

November 5, 2020, Eindhoven University of Technology held one of its EnergyDays. The event was organized by the recently founded Eindhoven Institute for Renewable energy Systems (EIRES) and focused on Sustainable Mobility and Transport. View 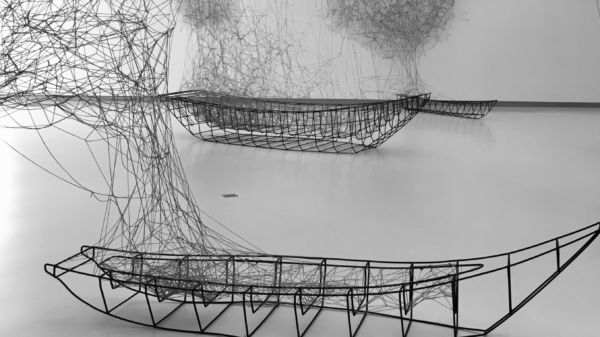 For: GIZ in Chile [September 2020] Chile is rapidly deploying renewable energy and expects to achieve over 60% by 2035. This sparks interest in e-fuel technologies for the purpose of energy storage as well as